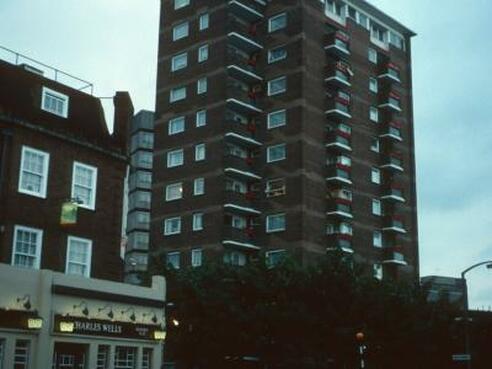 In 2010 residents formed a very effective Major Works’ Group to negotiate with the council and oversee the planned major works programme which took place during 2010/11. Works to homes on the estate over the past four years include: new windows, roof repairs, new kitchen and bathrooms, external decoration, replacement heating, fire safety paint and new front doors.

The gardens at Styles House

In October 2012, Styles House was included as part of the Waterloo Region, which took part in the RHS Green Spaces competition. Waterloo was awarded an ‘outstanding’ and Styles House was mentioned for its ‘creative planting’ and for its recycled green house.